Torroella de Mongri, Spain, 19 November 2009. .A company in Torroella de Montgrí (Girona, Spain) called "caganer.com" specialized in the production of "caganers" unveiled today the new figures for Christmas as cartoon Hello Kitty and surrealist painter, Salvador Dali..A "Caganer" is a small figure from Catalonia, usually made of fired clay, and depicted as squating person in the act defecating. ."Caganer" is Catalan for pooper. It fomrs part of one of the typical figures of the manger or "Nativity" scene together with Mary, .Joseph and the baby Jesus but hidden in a corner. It is a humorous figure, originally portraying a peasant wearing a .barretina (a red stocking hat), and seems to date from the 18th century when it was believed that the figure's depositions .would fertilize the earth to bring a properous year. With the course of the time, the original personage of this pooping figure .was substituted with personalities from the political and sports world and other famous personalities. 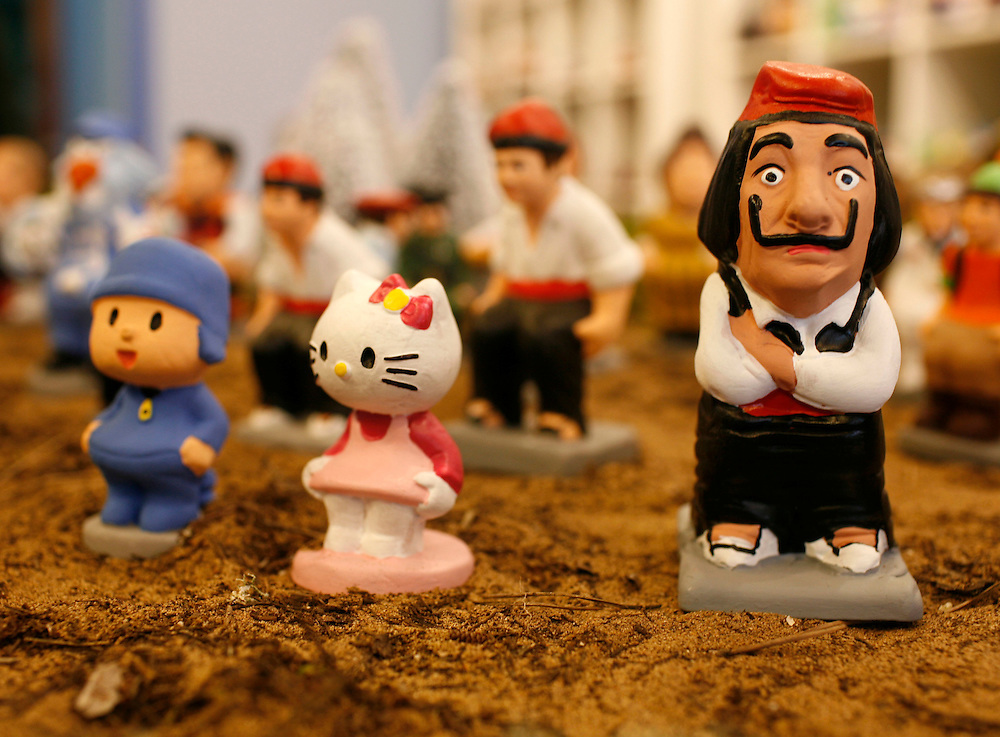